This website contains affiliate links, we may earn a small commission to recommend certain products. We greatly appreciate your support!

AIG is one of the largest and highly honored global insurance companies, with more than 49,000 employees worldwide.

This firm was founded by a businessman called Cornelius Vander Starr in Shanghai, China in the year 1919. It started as a general insurance agency under the name American Asiatic Underwriters.

Two years after the business started its operations, the founder added a life insurance division which saw the company grow steadily. During the early 1920s, the company had opened several branches in Southeast Asia.

As the company continued growing, it opened its first American office in the year 1926, which operated under the name ‘American International Underwriters Corp.’ and this marked the start of the company’s journey towards expanding into Latin America.

The state of World War II in 1939 saw the company move its main offices to New York City from China as a result of the threats towards the stability of markets.

After the war, the recovering economies of Japan and Western Europe paved way for the company’s expansion.

Later, in the year 1967, the company consolidated its global operations which led to the birth of the name AIG. Exactly two years after that, the company went public.

Since going public, the company has introduced different product lines in the energy, transportation, and entertainment industries, with the aim of serving the needs of different customers.

The financial crisis experienced during the 2008-2012 period saw AIG labeled as a streamlined organization, having re-paid its loans to the government through selling some of the peripheral holdings that it had at that time.

By 2018, the company had its revenue exceeding $49.75 billion. A century after the company was founded, it emerged as one of the giants that excelled when it came to offering budget-friendly packages to its customers in different parts of the world. 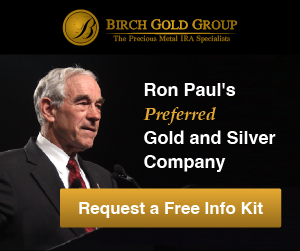 Here’s another fact that should help you understand AIG’s size and capabilities better: within the last five years, the company has been able to cover claims and benefits amounting to more than $40 billion.

Before settling for a company that you will trust with your future, it’s paramount that you find out what experts think of the carrier.

AIG has had quite impressive ratings by the main financial rating firms in the United States, as discussed below:

The experts from this credit analysis firm awarded AIG a score of A+, which means that the insurance company’s capability to meet its financial obligations is on the higher end.

S&P rates companies based on their claims-paying ability, with the scores ranging from AAA (Exceptionally Strong) to R (Regulatory Action).

As such, AIG’s customers should have good faith in the company’s capability to pay debts.

AIG has a score of A2 from Moody’s which puts the company as being a low credit risk as well as a great investment.

That’s in consideration that the companies that are rated ‘A’ and above by Moody’s are seen as being of medium grade and with low credit risk.

This is one of the rating firms that focuses a lot on the insurance industry. It rates companies based on their claims-paying ability, with the ratings ranging from A++ (Superior) to F (in Liquidation).

With AIG having received an A rating from this firm, that means that they have a dependable ability to meet their customer obligations.

A.M. Carriers that are rated ‘B’ or lower are considerably more vulnerable to risk.

Thankfully, AIG is not one of them.

Just like it’s important to know more about expert opinions of the carrier that you are interested in, it’s also a good idea to know what customers, as well as consumer sentiment sites, think about the insurance company.

One thing that will come to your attention pretty fast is how AIG’s service has polarized public opinion. Customers have different opinions of the company, which can be quite confusing when trying to make a conclusion.

In addition, the company has faltered in areas such as the NAIC’s complaint index and J.D. Power’s overall satisfaction score.

But that should not mislead you into thinking that this company is not capable of delivering good services, considering the fact that they have a large consumer base.

It’s also clear that the majority of their customers are satisfied. Here is a quick look at AIG’s performance when it comes to third-party ratings:

This non-profit firm ranks businesses based on their trustworthiness when it comes to advertising as well as in terms of commitment to resolving customer issues.

Keep in mind, however, that even though customers can submit their ratings to the BBB, such ratings are not considered by the BBB when giving companies a score.

AIG has a rating of A- by the BBB, which means that the company is one that customers can trust.

J.D. Power considers a variety of factors such as price, product offerings, the application process, and others when rating companies.

The latest rating that AIG has from this rating firm is 742 out of a possible 1000, which is similar to 2 out of 5 when using the Power Circle ratings.

This is a below-average rating, even though J.D. power is not among the most common rating firms.

This one rates companies on a basis of reputation, stability, and policy coverage. With AIG rated 4.9 out of 5, that means that Consumers Advocate is almost completely satisfied with AIG.

This rating firm is one of the most renowned when it comes to allowing customers to rate different companies.

AIG’s rating by Consumer Affairs is 2.7 out of 5, which means that the rating firm is not so complacent about this insurance company.

Companies rated by the NAIC are rated on a basis of the complaints that are sent to the state insurance departments.

According to NAIC, a score of 0 means that the complaints were not enough to be counted, while a score of 1 is usually the baseline average.

With a score of 3.39, the interpretation is that AIG had approximately three and a half times more-than-average complaints.

Even though that seems quite large, you might want to keep in mind that AIG also has a larger customer base, with more than 5 million policyholders.

When buying an insurance, financial, or retirement product from AIG, you may come across AIG Direct and wonder whether it’s the same as AIG.

The simple answer is that they are not the same.

There, however, is a history between the two, taking into consideration that AIG direct used to be a subsidiary of AIG, tasked with handling the auto policies of the company.

AIG, however, still sells its life insurance policies via AIG Direct just like it does through agents.

It’s also good to keep in mind that AIG Life and Retirement is a company under AIG, tasked with the provision of life insurance as well as retirement services.

The AIG Life and Retirement department contain the following life insurance companies in the U.S.:

Life insurance and annuities products are issues by the American General Life Insurance Company in Houston, TX. New York is the only location where these products are supposed to be issued by US Life.

There are also annuities that are issued by The Variable Annuity Life Insurance Company (VALIC).

Retirement products that you can get from AIG Life and Retirement

According to AIG, the company is committed to ensuring that its policyholders get the chance to plan a future that they can look forward to living through their retirement services.

AIG’s retirement services are branded as FutureFIT®, which is short for Freedom. Individually Tailored®.

The FutureFIT program by AIG is meant to ensure that as a potential retiree, you get the freedom to live your days of tomorrow according to your choices, in addition to enjoying life as you want.

The company helps you to plan for your future by making it possible to save, despite the different obstacles that would normally make it impossible.

Having been in the retirement services industry since 1955, the company is keen to provide services that will make your life in retirement more enjoyable.

The AIG Life and Retirement department is focused on the goal of changing the perception of retirement from something that employees dread to a part of life that employees can comfortably look forward to.

The following are the main retirement products that you can sign up for from AIG Life and Retirement:

These have various benefits to potential retirees such as the potential for tax-deferred interest earnings based on index performance, the protection of a fixed annuity, as well as the opportunity for a protected lifetime income.

The main convenience of fixed annuities is their ability to come in exactly when you need dependable income.

AIG offers fixed annuities with guaranteed interest, in addition to different payout options to help potential retirees to meet the different financial needs and goals that they have.

You can enjoy customizable retirement products that have protection against market volatility and have guaranteed interest earnings.

Not only that, but the fixed annuities from AIG insurance have an option for a lifetime income.

When you sign up for Polaris variable annuities by AIG, you are able to plan for your future even better.

Not only that, but you will also enjoy the benefits of beneficiary protection, growth potential, and optional income protection feature that guaranteed protected lifetime income.

As with other insurance companies, AIG insurance has a list of its strong and weak points.

Such are some of the main points that you ought to consider about this insurance company before making a decision as to whether it is the best choice for you.

The following are the pros and cons of choosing AIG insurance:

So, should you consider AIG as a potential retiree?

As you can expect, choosing the wrong company even if you have the ‘money-back' and ‘return of premium’ options to take advantage of, is never a good idea at all.

But would choosing AIG be a bad choice?

Well, not really. Having been in the life insurance and retirement services industry for more than 65 years now means that AIG is a company that you can rely on to be around for a long time.

Not only that, but the company has lots of amazing positive customer reviews from different platforms.

The company also has satisfactory scores with the most renowned rating firms in the industry, and that means that it can be trusted by customers. However, it’s also good to consider even the negative customer experiences.

In that light, AIG is an insurance company worth checking out as a potential retiree, but it’s also good to read customer reviews from different sites before making the final decision.

AIG insurance has been in business for more than 101 years since it started as a small insurance agency, but it has managed to beat the odds and finally become one of the largest insurance companies worldwide.

That, however, does not automatically put it at the forefront when it comes to the delivery of winning services.

Having noted that, it would be advisable that before settling for the company, you take your time to read reviews about other companies as well so that you can make an educated decision.

And while this company does not have a major winning point to push it to the top of the best insurance companies for potential retirees, it also doesn’t have any major negative that would drag it to the bottom.